Five Fast-Growing Industries to Invest In

Five Fast-Growing Industries to Invest In

The world has hundreds of thousands of successful companies, but it can be difficult to determine which is the best place to invest your dollars. That’s why so many people choose to invest in industry-wide mutual funds. While some industry sectors may show significant growth, this upward trend is likely accompanied by volatility, creating a greater risk to investors. However, there are several quickly-growing industries that rarely experience volatility, making them excellent candidates for bulletproof investments.

Currently, eight states and the District of Columbia have legalized marijuana for recreational use. Several other states now allow marijuana for medical use, and twelve additional states are considering marijuana bills in 2018. The demand for legal marijuana is rising, and investment opportunities are appearing around the country. If you want to get in on the ground floor of this budding industry, now is the best time to do so.

Though the green energy industry has been hit hard by regulatory uncertainty, consumer demand continues to grow. Significant declines in the price of solar and wind energy have led to increased accessibility. As a result, more than 100 companies have committed to using only renewable energy. As of late 2017, 170 mayors had expressed support to transition to using only renewable energy sources to power their communities.

Though not hip or new, the construction industry is notoriously stable. Employment has experienced continual increases; the U.S. Bureau of Labor Statistic reported that construction employment had increased by 210,000 jobs between 2016 and 2017. With this continuing trend, construction is becoming one of the country’s fastest-growing industries.

The virtual reality industry broke ground just a few years ago, but it is expected to grow rapidly in the coming years. It currently has a 54.84% compound annual growth rate between 2018 and 2023, according to a report from research and consulting firm Mind Commerce. Additionally, investment options are incredibly varied, allowing individuals to put money toward products and technology they believe in.

The world is growing increasingly privy to the need for cybersecurity. In the wake of 2017’s massive data breaches, companies, governments, and individuals are increasing their spending to protect themselves online. Global cybersecurity spending is expected to be more than 4! Trillion from 2017 to 2021—compared to a market of just $3.5 billion in 2004. 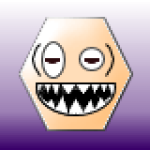